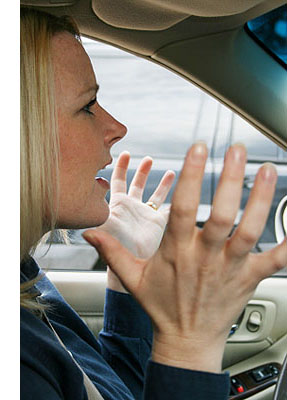 Time heals all wounds, or so it is said. Think about a time when you grieved every day over the loss of a loved one. Think about something that made you so angry you couldn’t stop thinking about it. What about that embarrassing moment so long ago that you thought you would never get over? Do you still feel the same way today? Chances are as with so many things, with time, things change, memories fade and we move on.

Unless we don’t. You’re fine until the anniversary of the death of a loved one. You’re at peace until someone reminds you about that thing that made you so angry. You find yourself sharing in the embarrassment of others a little too empathically. If time truly heals all wounds, why are we still suffering?

With time, new experiences and the relevancy of the event to daily life, we do move on to some extent – perhaps even completely. This really isn’t a function of time so much, but a function of our own desire to be happy. All the time in the world will not heal a wound that we feel we have to hold on to. We all know people who hold on to old wounds, grievances and regrets til their dying day.  Again, think about what you are holding on to year after year. If we can still feel the pain, sadness, anger, embarrassment decades later, even days or weeks later, we haven’t really moved on. But what are we really holding on?

It may seem as if we are holding on to the bad feelings. How do you hold on to a feeling? Do we even know what a feeling is? Miriam Webster defines it as “an awareness by your body of something in it or on it or an emotional state of reaction.”  Say what? But still, what does it look like? How do I know that your sadness is the same as my sadness? And how do I create or hold on to this amorphous state of awareness? I may as well try to hold on to a moonbeam or a shaft of sunlight.

I am not suggesting feelings don’t exist or even that they need to be defined. Rather, I am questioning what we are holding on to when we hold on to any feeling.  If I hold on to the feeling of sadness over the loss of my mother, what am I holding on to? It can be confusing because it feels like I really want to be sad. I want to hold on to the feeling. But do I really want to experience sadness just for the sake of sadness?   It may even feel comfortable, familiar, and human. Who wouldn’t be sad?  In fact, we worry it might be abnormal not to feel sad. And yes, we are so used to it, it can be hard to imagine what on earth we would be feeling if we didn’t feel that feeling.

These beliefs about the feeling of sadness, for example, can help us understand why we have the feeling in the first place. Feelings don’t just materialize out of the thin air (although that would make a good science fiction story). They don’t float around the universe looking for a place to land and take root. It can seem like that sometimes, because we seem to pick up feelings from others and they say the same about us. “You’re bringing me down.” “Just being around you makes me feel better.”  “She’s toxic.” These are all ways of saying that feelings are transferable – that they happen to us – a common shared belief.

That simple belief, that feelings happen to us, is the prime prerequisite for all unhappiness. When we believe feelings happen to us, we experience them that way. We feel victimized, helpless and fearful. When we are willing to question such beliefs, a huge shift occurs. If feelings don’t happen to me, I must have a role in it. When we are willing to accept that we have a role, then we can be open to asking ourselves questions about our feelings. When we question our feelings in a loving, nonjudgmental way, such as with The Option Method, we can very quickly uncover what we are really holding on to when we hold on to feelings such as anger and sadness. For example, in an Option Method dialogue about anger, notice how asking questions about feelings quickly leads to the reasons behind the feeling. The Option questions are in italics.

I’m so angry with my daughter.

What are you angry about?

She didn’t come home til 2 am last night! After I told her repeatedly that curfew is midnight.

What is there about her coming home later that you’re angry about?

She doesn’t listen to me. I’m so frustrated.

What is there about her not listening to you that is frustrating?

I feel like we’re having a game of tug of war and I’m losing.

What is frustrating about that?

I should be winning! I’m the parent.

What do you mean when you say you should be winning?

I mean she should listen to me.

Again, what do you mean by she should?

Well, isn’t that the way it’s supposed to be? Aren’t children supposed to listen to their parents?

You may want her to. But why do you believe she’s supposed to?

Because it’s the only way I can get her to care.

How does telling her she’s supposed to, get her to care?

I want her to care about rules.

Perhaps you do, but if she doesn’t, why is that a reason for you to be frustrated?

Imagine for a moment that you weren’t frustrated, how could that be bad for you?

If I wasn’t frustrated?  It would mean I didn’t care, and then why should my daughter care.

In this short example, what came out very quickly were the mother’s key beliefs behind her feelings of anger and frustration: that if she wasn’t frustrated with her daughter’s behavior, it would mean she didn’t care and then her daughter wouldn’t care either. She also got to see immediately that she was using judgmental terms such as should and supposed to, to get her daughter to do what she wanted. So what is this mother holding on to when she is holding on to the feelings of frustration and anger? She is holding on to the desire for her daughter to care about the rules, as well as her own desire to care about the rules. It’s not surprising that she wouldn’t want to let go of something so important to her – her daughter’s welfare. Once she sees that is what she is doing, she can begin to question if anger and frustration is really the way she wants to make sure she cares.

So when you are unhappy in any way and seem to be holding on to it, remember that we never hold on to bad feelings just to have them. We truly believe the bad feelings are necessary to get what we want. What we want is what we are holding on to, not the unhappy feelings. But since we don’t want to be unhappy, perhaps there is a better way – loving our desires.

To your happiness, Wendy Dolber

Sign up for our blog and receive our posts in your email box.

©2022 Dialogues In Self Discovery, LLC. All Rights Reserved.